The hilarious Pete Zedlacher live in Airdrie (Thursday)!
THURSDAY SHOW ADDED!
It’s Pete Zedlacher live in Airdrie!
Taproom Comedy is proud to present Pete Zedlacher and Friends at Fitzsimmons Brewery!
Versatile comedian, actor and writer Pete Zedlacher is a 20+ year veteran of the comedy scene and one of the premiere headliners in the country. Zedlacher, who proudly hails from Wawa, a small mining town in Northern Ontario, draws heavily from his Canadian working- class roots.
A graduate of the prestigious American Musical and Dramatic Academy in New York, the intensive acting program helped him infuse a theatrical element into his stand-up.
Now based in Calgary, Pete has a Canadian Comedy Award, eight Canadian Comedy Award nominations and two Gemini/Canadian Screen Award nominations to his credit. Pete is also the winner of the international comedy competition and was crowned Sirius XM’s Top Comic. His six nominations for Best Standup is a standing record at the Canadian Comedy Awards. Zedlacher has made a very impressive 8 appearances at the prestigious Just for Laughs Festival in Montreal.
Pete is the anchor of The Snowed in Comedy Tour, which was the country’s biggest comedy tour, hitting 60 shows in 54 cities across the country.
Regularly heard on Sirius XM’s Canada Laughs, Pete has 2 comedy albums, Comic Kong, and his most recent Chuckles Obnoxiously which debuted at the #1 position on the iTunes Comedy Charts. Select film appearances include The Comedian’s Guide to Survival, American Pie Presents: The Naked Mile and George A. Romero’s Survival of the Dead.
A fan favourite within both the alternative and mainstream comedy club scene, Zedlacher has crossed the country from coast to coast to coast, every province, every territory and 18 countries worldwide. He is most proud of his “tours of duty” entertaining the Canadian Forces serving overseas and has performed for the troops in England, Egypt, Israel, The United Arab Emirates, Qatar, Germany, Greece, the Persian Gulf, the Arctic Circle and three tours in Afghanistan.
Feature act, and fast rising star, Leah Scheitel will be cracking you up prior to Pete….
We may even have a guest spot or two

And hosted by the walking talking mid-life crisis, Barry Piercey! 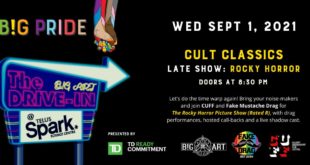